Swim Upstream - Where do Omega 3s come from? 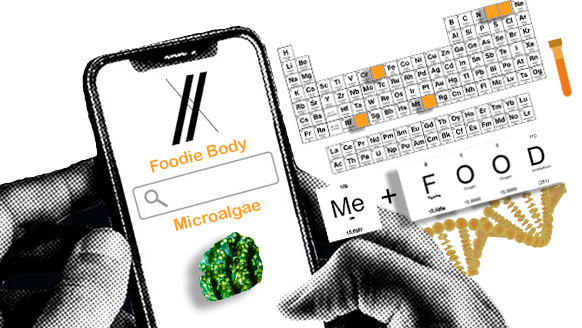 Omega-3 fatty acids (omega-3s) have a carbon–carbon double bond located three carbons from the methyl end of the chain. Omega-3s, sometimes referred to as “n-3s,” are present in certain foods such as flaxseed and fish, as well as dietary supplements such as fish oil. Several different omega-3s exist, but the majority of scientific research focuses on three: alpha-linolenic acid (ALA), eicosapentaenoic acid (EPA), and docosahexaenoic acid (DHA). ALA contains 18 carbon atoms, whereas EPA and DHA are considered “long-chain” (LC) omega-3s because EPA contains 20 carbons and DHA contains 22.

PUFAs are frequently designated by their number of carbon atoms and double bonds. ALA, for example, is known as C18:3n-3 because it has 18 carbons and 3 double bonds and is an n-3, or omega-3, fatty acid. Similarly, EPA is known as C20:5n-3 and DHA as C22:6n-3. Omega-6 fatty acids (omega-6s) have a carbon–carbon double bond that is six carbons away from the methyl end of the fatty acid chain. Linoleic acid (C18:2n-6) and arachidonic acid (C20:4n-6) are two of the major omega-6s.

The human body can only form carbon–carbon double bonds after the 9th carbon from the methyl end of a fatty acid. Therefore, ALA and linoleic acid are considered essential fatty acids, meaning that they must be obtained from the diet. ALA can be converted into EPA and then to DHA, but the conversion (which occurs primarily in the liver) is very limited, with reported rates of less than 15%. Therefore, consuming EPA and DHA directly from foods and/or dietary supplements is the only practical way to increase levels of these fatty acids in the body.

ALA is present in plant oils, such as flaxseed, soybean, and canola oils. DHA and EPA are present in fish, fish oils, and krill oils, but they are originally synthesized by microalgae, not by the fish. When fish consume phytoplankton that consumed microalgae, they accumulate the omega-3s in their tissues.

After ingestion, dietary lipids are hydrolyzed in the intestinal lumen. The hydrolysis products—monoglycerides and free fatty acids—are then incorporated into bile-salt– containing micelles and absorbed into enterocytes, largely by passive diffusion. The process is efficient, with an absorption rate of about 95%, which is similar to that of other ingested fats. Within intestinal cells, free fatty acids are primarily incorporated into chylomicrons and enter the circulation via the lymphatic system. Once in the bloodstream, lipoprotein particles circulate within the body, delivering lipids to various organs for subsequent oxidation, metabolism, or storage in adipose tissue

Omega-3s play important roles in the body as components of the phospholipids that form the structures of cell membranes. DHA, in particular, is especially high in the retina, brain, and sperm. In addition to their structural role in cell membranes, omega-3s (along with omega-6s) provide energy for the body and are used to form eicosanoids. Eicosanoids are signaling molecules that have similar chemical structures to the fatty acids from which they are derived; they have wide-ranging functions in the body’s cardiovascular, pulmonary, immune, and endocrine systems.

The eicosanoids made from omega-6s are generally more potent mediators of inflammation, vasoconstriction, and platelet aggregation than those made from omega-3s, although there are some exceptions. Because both classes of fatty acids compete for the same desaturation enzymes, ALA is a competitive inhibitor of linoleic acid metabolism and vice versa. Similarly, EPA and DHA can compete with arachidonic acid for the synthesis of eicosanoids. Thus, higher concentrations of EPA and DHA than arachidonic acid tip the eicosanoid balance toward less inflammatory activity.

Some researchers propose that the relative intakes of omega-6s and omega-3s—the omega-6/omega-3 ratio—may have important implications for the pathogenesis of many chronic diseases, such as cardiovascular disease and cancer, but the optimal ratio—if any—has not been defined. Others have concluded that such ratios are too non-specific and are insensitive to individual fatty acid levels. Most agree that raising EPA and DHA blood levels is far more important than lowering linoleic acid or arachidonic acid levels.

Currently, most clinicians do not assess omega-3 status, but it can be done by measuring individual omega-3s in plasma or serum phospholipids and expressing them as the percentage of total phospholipid fatty acids by weight. Experts have not established normal ranges, but mean values for serum or plasma phospholipid EPA plus DHA among U.S. adults not taking omega-3 supplements are about 3%–4%. Plasma and serum fatty acid values, however, can vary substantially based on an individual’s most recent meal, so they do not reflect long-term dietary consumption.

Algae Oil is not  listed by the USDA, but contains EPA of 195mg, DHA of 390mg and other Omega 3s of 130mg for two soft gels (this is where the fish get their Omega 3s as outlined above). Swim upstream.

Just as epigenetics can cause issues such as metabolic syndrome, cancer, heart disease, mental disorders, auto-immune disease and diabetes, food can also ameliorate these conditions. To learn more on if the first steps of a plant based whole foods plan are right for you create a free account and review the 30 day Foodie Body plan.  There is no charge to participate and the search engine will customize your food results to help improve your independently verified labs.  Consult your physician before commencing on a dietary change to ensure it is right for you.

Swim Upstream - Where do Omega 3s come from?