Time until your next earnings report

Hindsight is 20/20 in innovation.  Why didn’t Blockbuster at its peak, with 60,000 employees, 9,000 stores worldwide and annual revenues of $5.9 Billion buy a DVD-mailing company named Netflix for $50 MM?  Why didn’t Yahoo license an innovative search technology created by a pair of Stanford students in 1998 for $1MM. Why did Yahoo turn down the opportunity to buy Google for $5 Billion?

Exxon Mobil was the largest company in the world valued at over $500 Billion in 2007.  Today their market cap stands at $139 Billion in 2020.  The market has moved from “Big Oil” to “Big Energy”.  Tesla is now valued at near $400 Billion in this transition.  Unlike Blockbuster, Exxon could still make a move.  Or will Exxon hold out as Blockbuster did and there maybe one corner Exxon Mobil gas station as a symbol of the past in 2030?

Think of Berkshire Hathaway.  While Bill Gates was a close friend of Warren Buffett, it is well known that Buffett never invested in technology and missed the Microsoft investment opportunity on its march to nearly $2 trillion in value.  However, Buffett over the past 4 years has realized his mistake and all of the sudden, we see Berkshire buying it’s first 10 million Apple shares in 2016 and now owns nearly 245 million shares worth more than $95 Billion.  We also saw Berkshire invest in a new cloud data company during 2020.  Berkshire is showing itself to be a remarkable company to have completely missed out on a major technological turn in the way the world works, yet find itself able to pivot.  Had Berkshire not pivoted into technology, they would likely have seen the same result of Exxon Mobil.  Buffett now affectionately calls Apple his third most important business.

It is not a forgone conclusion your company needs to end up as Blockbuster, Xerox, Exxon or retail malls.

Login to CirclesX.com and get started building for free.

Your Next Earnings Report

How to increase margins and improve your EBITDA multiple?
Click Here 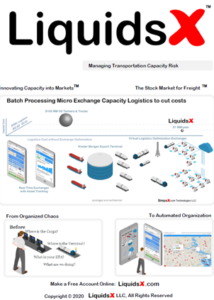 How to build a digital liquids platform?

Freight and logistics is a $5 trillion global industry and a staple of our market economy. Delivered goods and cargo equals operational excellence. But fluctuating 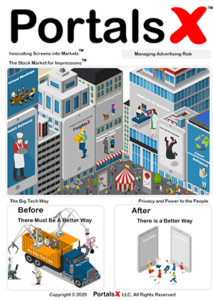 How to turn data privacy into opportunity with PortalsX?

Advertising is a $700 billion global industry and a staple of our market economy. Advertising sets trends and increases market share. But fluctuating prices for 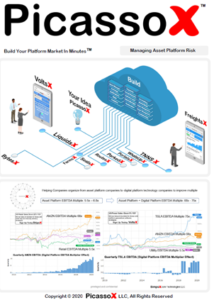 How to turn your utility into a high margin virtual power plant?

Asset based platform markets are a $43 trillion global industry and a staple of our market economy. But deflation, fluctuating prices for assets and legacy